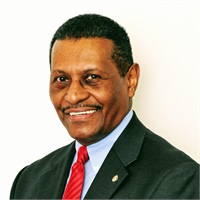 Malcolm Douglas is an alumni of Paine College in Augusta, Georgia. Mr. Douglas has been an insurance and financial advisor for 44 years and is currently affiliated with CGAA, Inc. and is registered with GWN Securities with whom he has been with since their inception. Malcolm honed his skills starting his career with Prudential and Metropolitan Life insurance companies. After a brief stint with Franklin United Life insurance of New York, he joined forces with The Legend Group and later moving to Cardone Gordon and Associates which later became CGAA. He is also president of Malcolm Douglas and Associates, Inc. which provide insurance services. He is currently licensed throughout the East Coast and some of his clients include Greenburgh Central School District, Hempstead Public Schools, Mount Vernon Board of Education, Wyandanch Union Free School District, Roosevelt Public Schools, Uniondale Public Schools and New York City Day Care Centers.

Malcolm spends his free time volunteering in his many schools as a mentor along with his main passion of fishing. He is also a long time member of the Prince Hall Masons of New York and travels extensively visiting lodges throughout North America. He is the Executive Director of the Prince Hall Endowment Trust Fund which provides life insurance benefits to its members. His goal is to bring this plan called The Legacy Gifting Program to nonprofit organizations throughout the country.